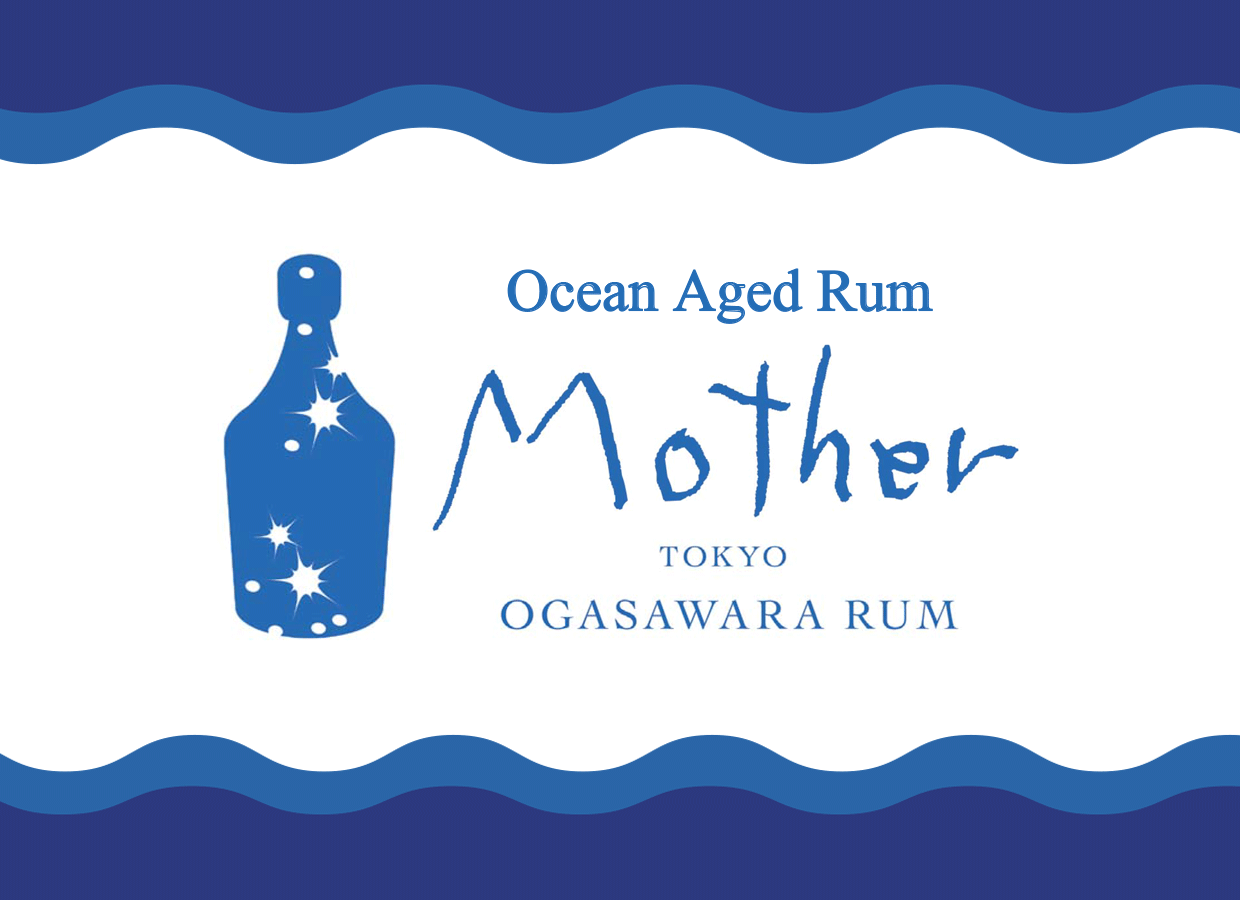 “Mother” is a new brand of Ogasawara rum, aged under the pristine ocean waters of Hahajima and possessing a proud island heritage. Until before the war, sugar canes were one of the main agricultural produces in Ogasawara, and naturally rum became a popular drink. “Mother” is produced by aging this “Ogasawara Rum” for a year under the sea of Hahajima.

“Mother” is available at stores and souvenir shops in Ogasawara, as well as liquor stores on the mainland.

The Story of “Mother” –How “Mother” is made-

Rum is a traditional drink of Ogasawara that is still produced to this day on Hahajima. The story of how rum came to be produced on Hahajima goes back to the days of the first settlers. People began to settle in Ogasawara nearly 200 years ago in 1830, and the islands mainly served as a whaling station for American and European ships. Historic records indicate that the settlers and whaling ship crews used rum for trading, and this is how rum came to be introduced in Ogasawara. 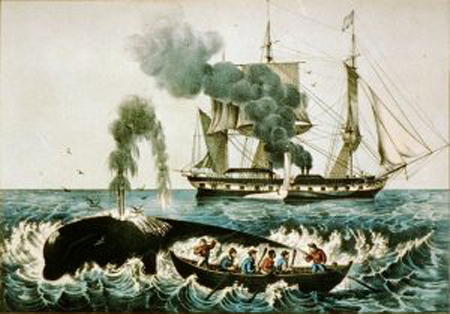 The Birth of Ogasawara Rum

After Ogasawara officially became Japanese territory in 1876, sugar cane production became popular, as the subtropical climate was ideal for growing the plant. Its by-product (molasses) was used to distill liquor, and became referred to as “Tochu”, “Hoshu”, or “Mitsushu” in Japanese (all possessing the meaning of liquor produced with sugar canes). These drinks were popular among the locals until before the Second World War.
Towards the end of the war however, all residents on the islands were forced to evacuate due to worsening war conditions. After the end of the war, the islands became occupied by the U.S. navy. The sugar production industry in Japan also diminished, and so the local sugar cane spirit culture also ended.
The Ogasawara Islands were returned to Japan in 1968, and native islanders were finally able to return to their homes. However, 23 years had passed since the end of the war, and it took much time to re-establish life on the island. The sugar cane spirit was one of the things that the islanders reminisced of and hoped to revive, and so the Ogasawara Rum Liqueur Company was established in 1989. This became the birth of the “Ogasawara Rum”, which became available for sale from 1992.

Maturing Rum Underneath the Sea

It has been discovered in recent years that wines found in underwater shipwrecks tend to be well preserved with excellent flavor, and this discovery has led to the start of numerous undersea aging projects of wine, Japanese sake, and Awamori in various areas of Japan. The Hahajima Tourist Association became interested in the possibility of aging the island’s rum under the sea, in the hopes of further enhancing its flavor and promoting the drink to a wider audience. The project for aging Ogasawara Rum underneath the sea of Hahajima started in 2014, and it began with a trial aging period.
Reasons for good tasting wine found in sunken vessels are said to be due to coincidental factors such as ideal seawater temperatures, the sways caused by the waves and currents, and the balance of the air and water pressure. Test to confirm these effects were carried out while aging Ogasawara Rum for a year under the sea. 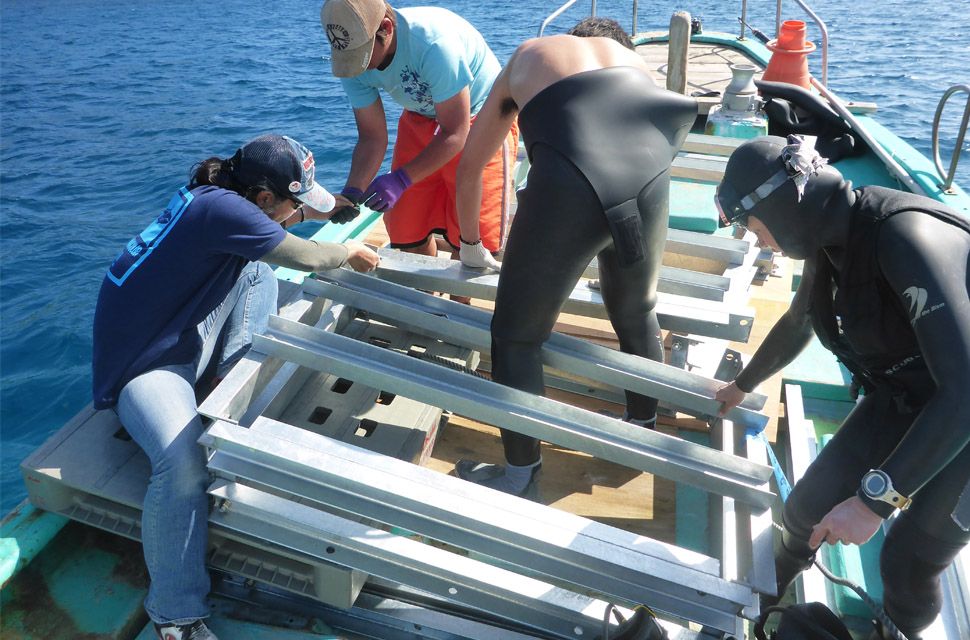 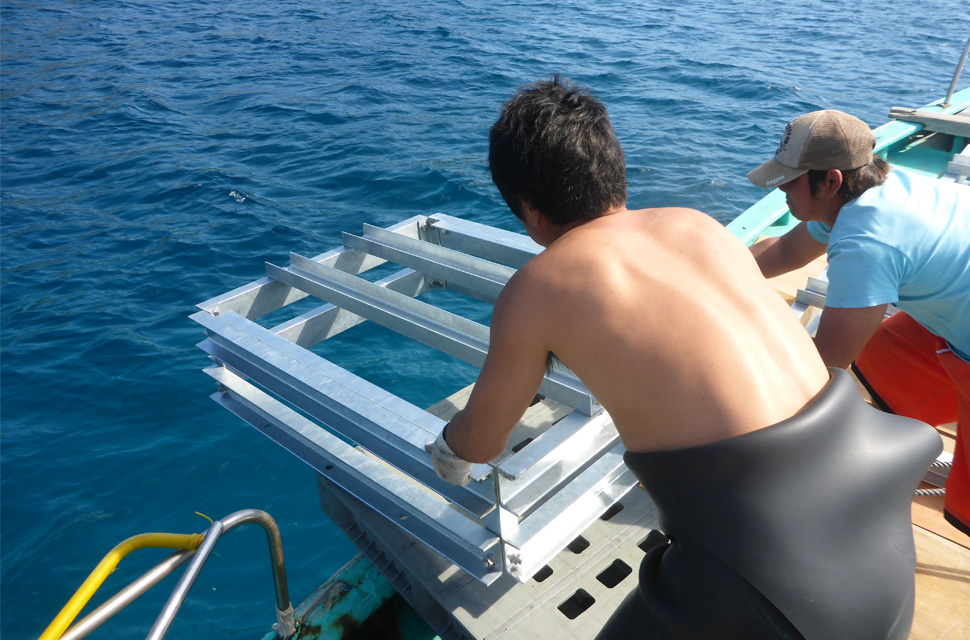 In the early winter of 2015, a local construction company was hired to design and build steel frame racks for aging the rum. At the same time, the Ogasawara Rum and Liqueur Company developed special bottles for aging the rum underwater. In the spring of 2015, the staff of Club Noah Hahajima (current Dive Resort Hahajima) placed the specially bottled Ogasawara Rum 10-15m beneath the sea of Hahajima to begin the trial aging period. 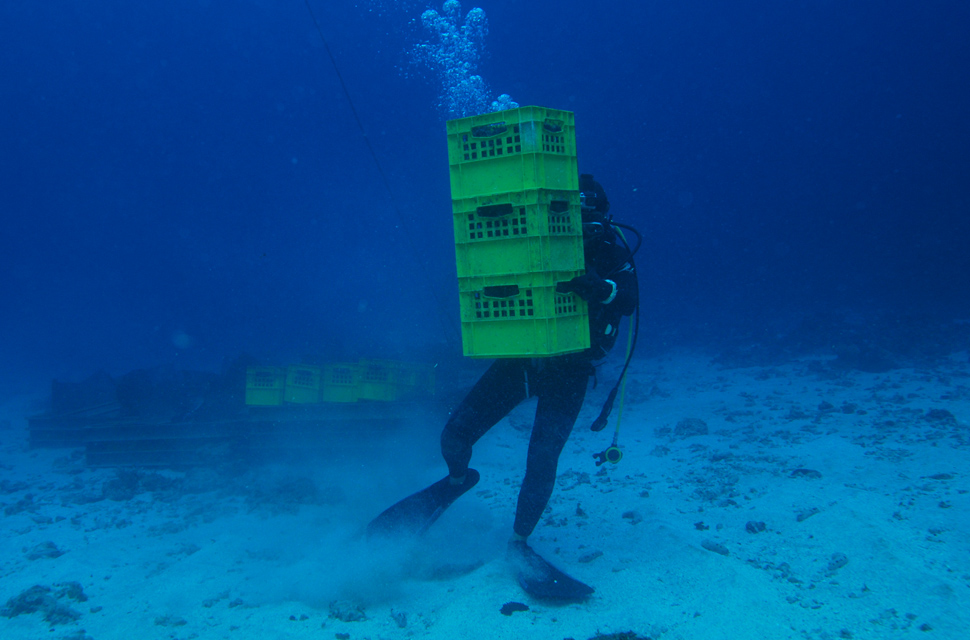 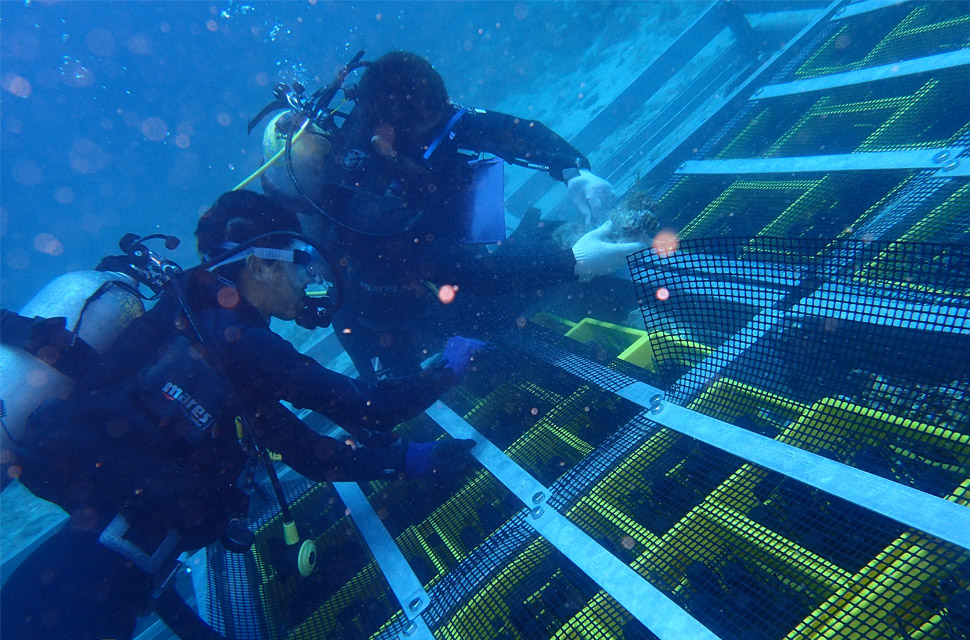 Initially there were concerns such as whether bottles could withstand harsh underwater conditions that may be caused by typhoons, or if the flavor would not be affected. Fortunately, the bottles were safe after being kept underwater for a year. At the tasting, many people commented that the flavor and fragrance had become more gentle and smooth. The project turned out to be a success with favorable results, and this is how “Mother” was created. 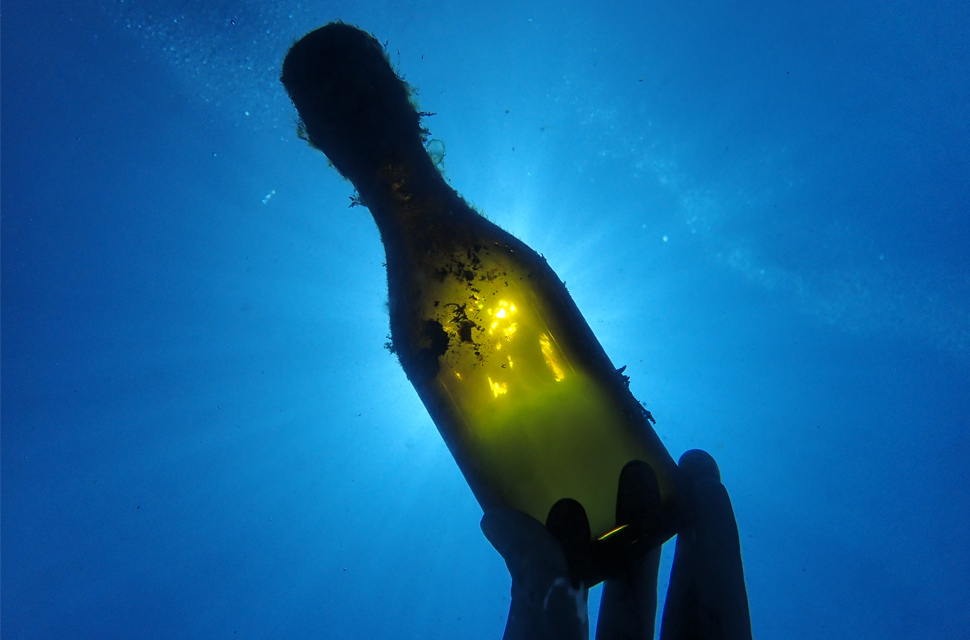