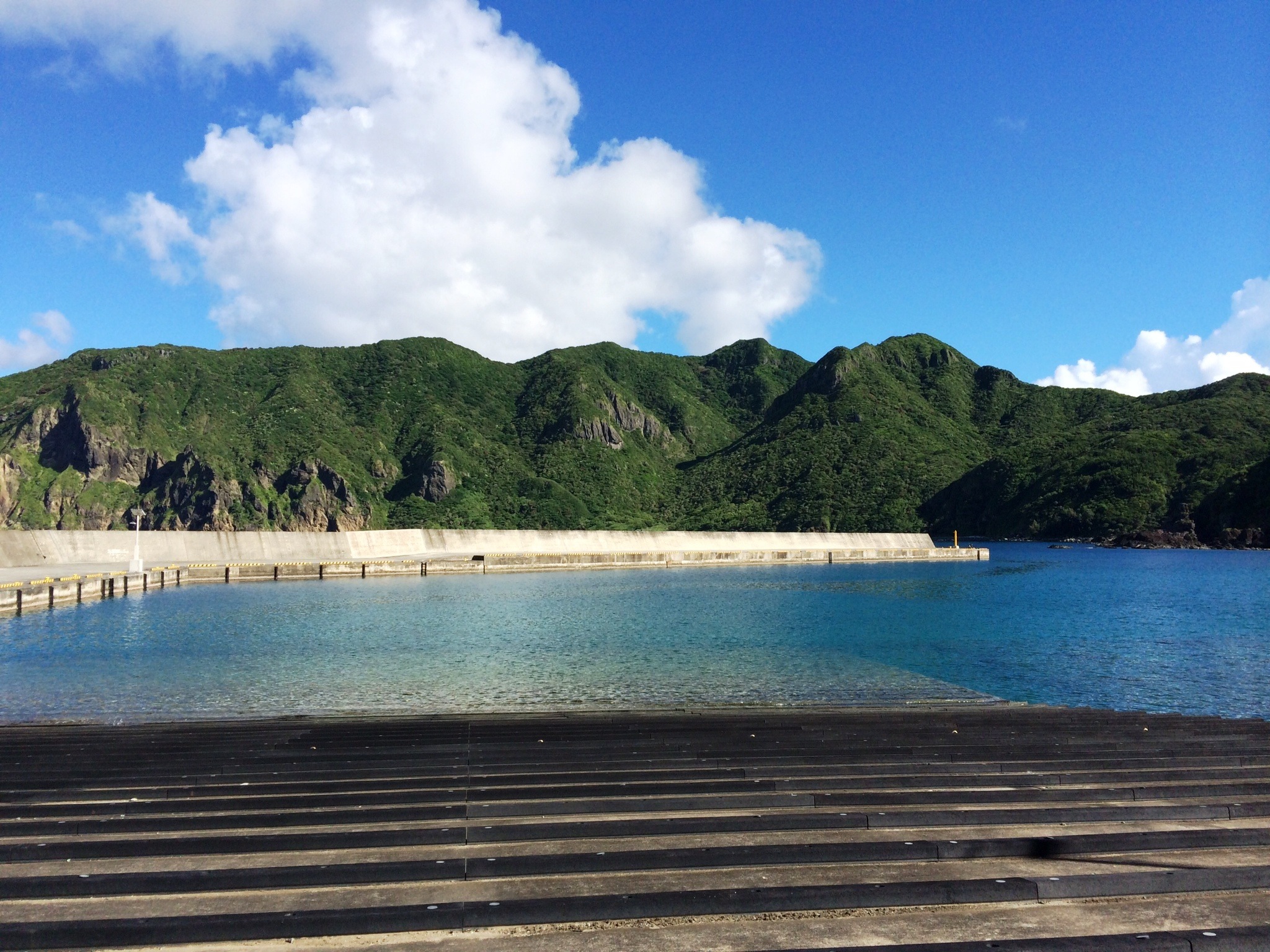 This is a large port facing the east side of the island, and the waters here are relatively calm throughout the year.

The port was mainly used as a whaling station after the reversion between 1981 and 1987, until commercial whaling became prohibited.
Some of the structures built during that time have sunk below the water, and has now become a place where many fishes gather.
The water here is less clear compared to other snorkeling and swimming spots on the island due to the seawall, however it makes for a great cliff jumping and fishing spot.

The view from the top of the seawall is also quite nice.
Make sure to check if there are people fishing when swimming around the seawall. 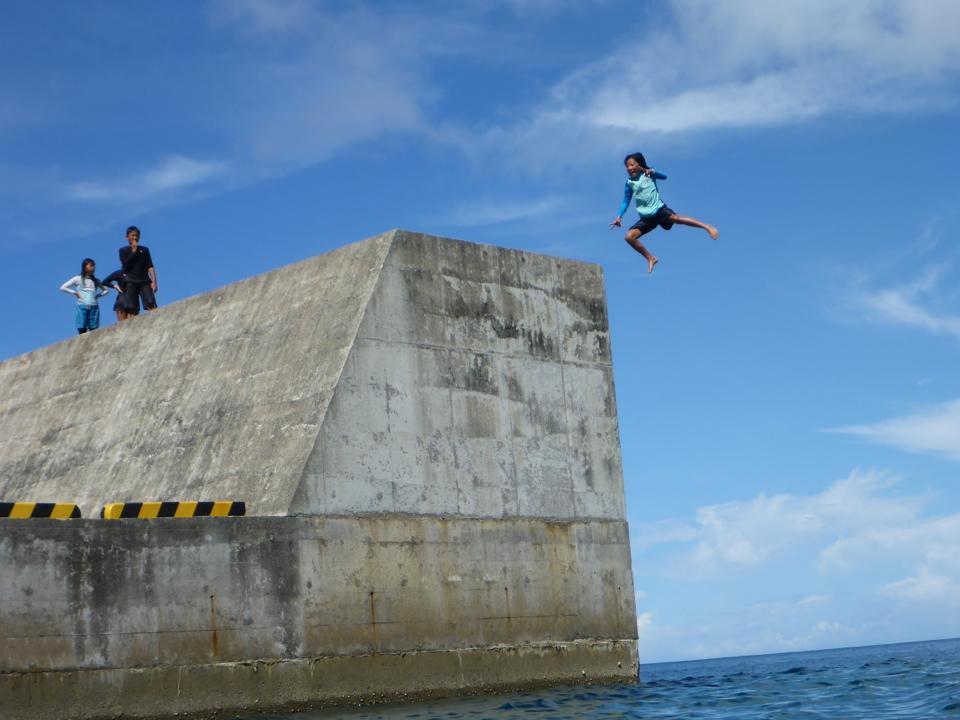