▼Six Fingered Jizo Statue
There is a stone-carven Jizo (guardian deity of children).
The Jizo on the right has six fingers on its right hand, and for this reason it is referred to as the Ropponyubi Jizo (six fingered Jizo).

▼Remain of the Searchlight
There is the remain of a large search light in the trench, which was brought in by the former Japanese military.
There are also tracks that were used to transport the device in and out from the trench, but it has become eroded over the years. 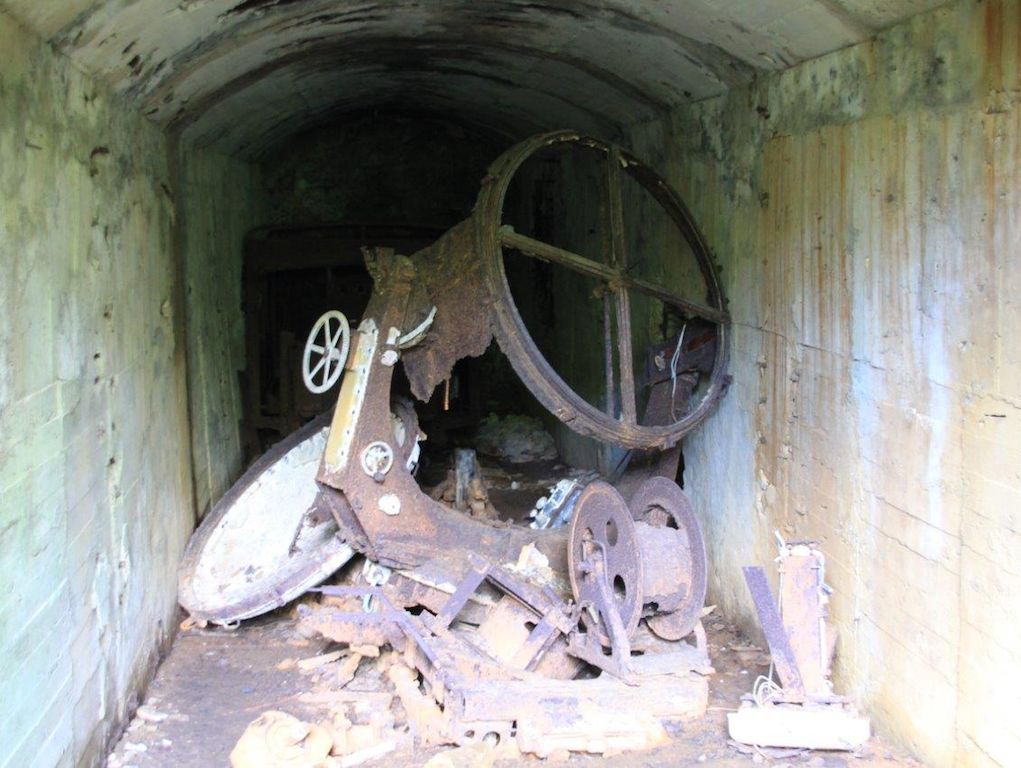